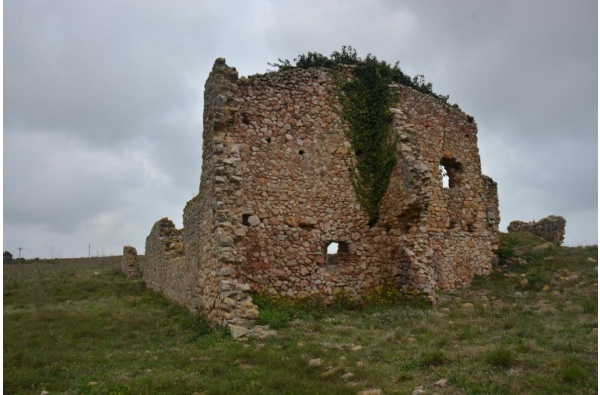 Near the Mas Vilanera are the remains from an ancient Benedictine nun’s monastery, founded in 1328 at the request of the archdeacon of Besalú, Arnau de Soler. His sister, Fresca de Soler, was Santa Maria de Vilanera’s first abbess. It was dissolved early 15th century.

The remains are divided into two areas: the convent, near the farmhouse, and the church, on the hill, which probably also served as a watchtower. The walls were made of stone and mortar and corner ashlars. It is likely that the farmhouse builders used some of the old cenobioum materials and structures. It is protected as a Local Interest Cultural Asset