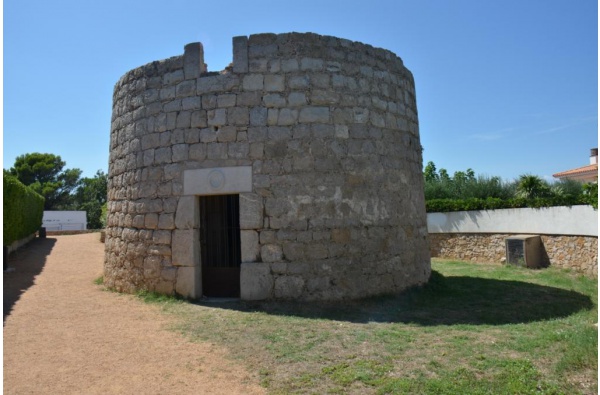 A tower to defend the town from piracy, declared a cultural asset of national interest and documented since 1543. It was restored in the 18th century and cropped after the Oberta road was built in the late 19th century. Located in the north-west of the old town of L'Escala, on the top of Pedró Hill, the tower provides fine views of the old town, Cala de la Creu, the beaches of Empúries and the Bay of Roses. From the top you can see Montgó Tower and the towers of the fortified houses of Les Corts and Vilanera. Their locations allowed a visual network to be formed which, by means of fire signals, gave warning of the presence of pirates on the coast.