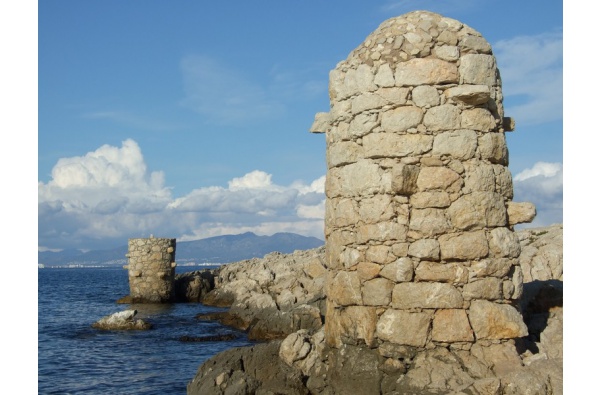 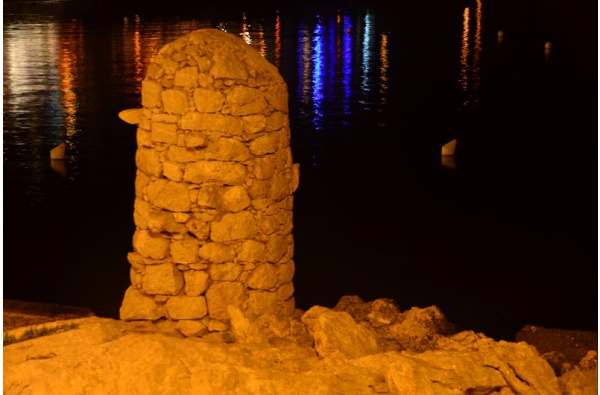 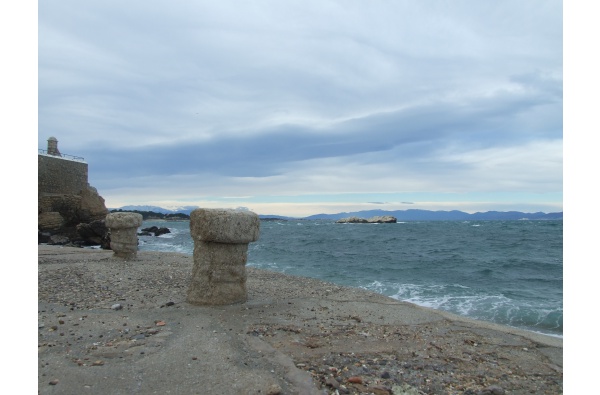 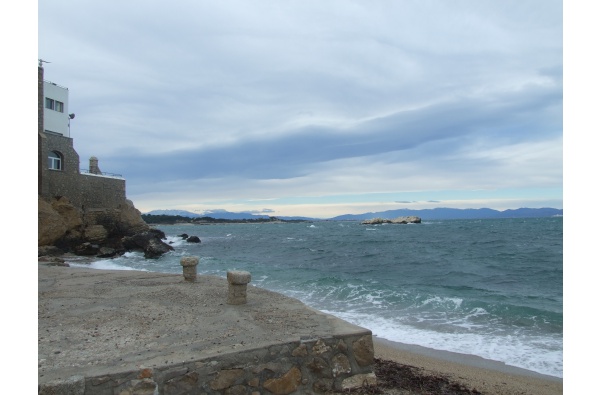 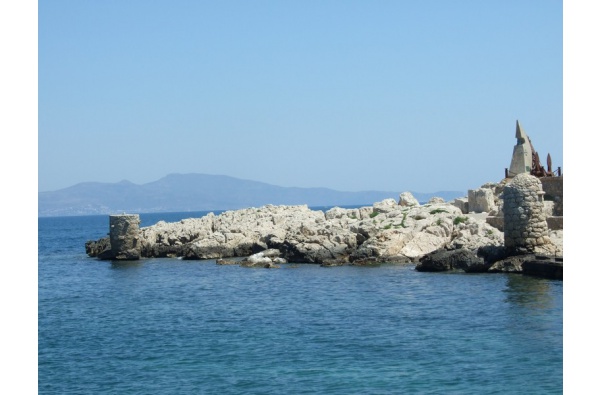 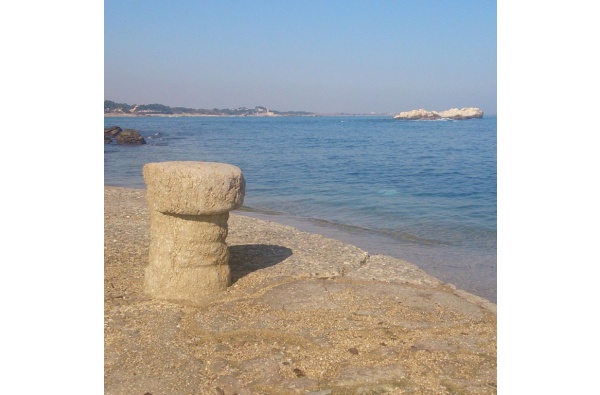 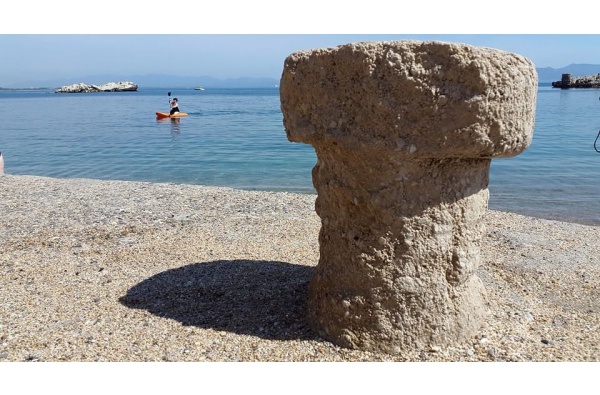 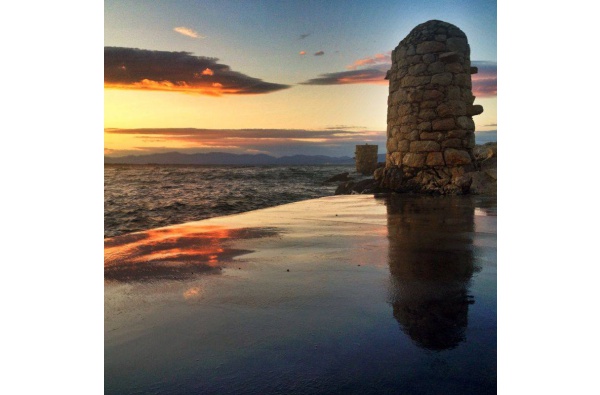 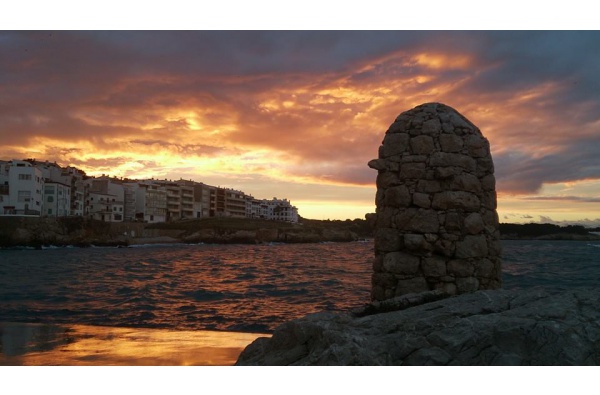 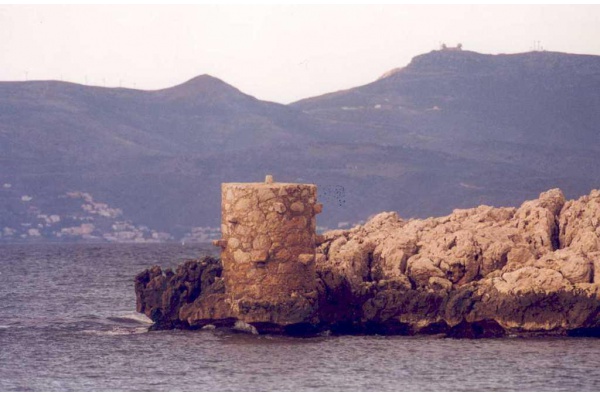 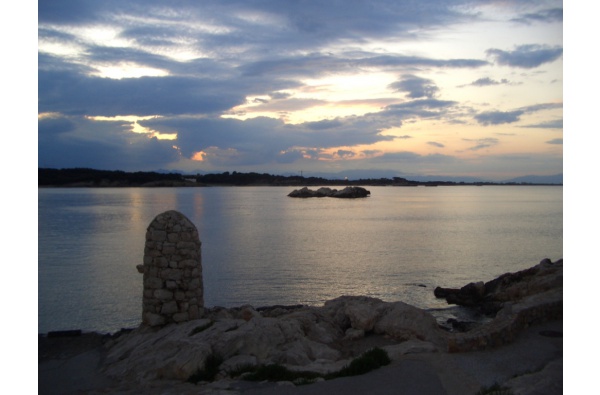 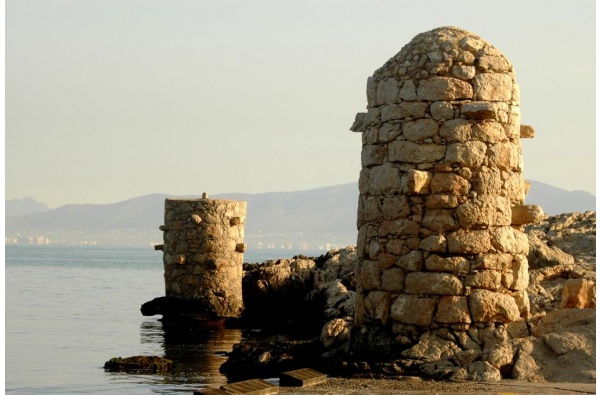 On the rocks near the beach, in Passeig de la Riba, stand two stone structures which were used to moor the cabotage ships which could not get close to the beach. They were built on the orders of the Mayor, Josep Maranges de Marimon, during the 18th century. Only these two remain today.

To the left of the beach there are also six bollards, known as the Bollards of Guillem's Rocks, smaller structures which were used to raise or moor the boats. They are included in the Inventory of the Architectural Heritage of Catalonia.