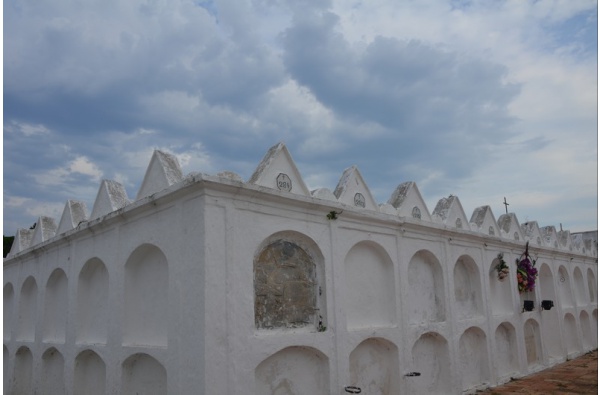 This neo-classical ensemble from 1835, declared a cultural asset of national interest, is the only one of its kind on the Costa Brava. It is a rectangular enclosure with white niches crowned by tympana coated with lime, giving them a dazzling white colour. It has not been in operation since 1970, though it is available to visitors. It is located within walking distance of the promenade.

It contains the remains of two Catalan figures: Caterina Albert, who, by the nome de plume Víctor Català, wrote great  Catalan literature works, and Josep Esquirol, a photographer who took the first photographs of the archaeological site of Empúries.

Guided tours are organised by the Anchovy and the Salt Museum.