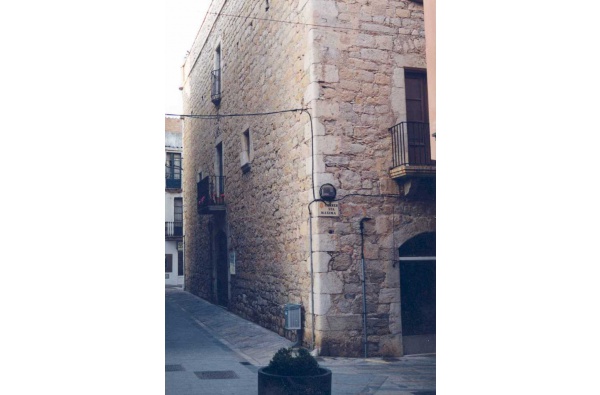 The ancestral home of the Maranges family is a large rectangular e floor house and a hipped roof, opening onto three streets with stone facades. It was built in the 18th century and refurbished in 1831. The ashlar stones' typology suggests some of them may have come from Empúries. Josep Maranges and Marimón (1735-1808), a renowned politician and royal army captain, lived here, as did Francesc Maranges i Juli (1803-1878), a prominent liberal politician and commander of the militia against the Carlists, and Josep M. Maranges de Diago (1837-1872), a lawyer, politician and archaeologist. This is a listed building deemed a Cultural Asset of Local Interest.