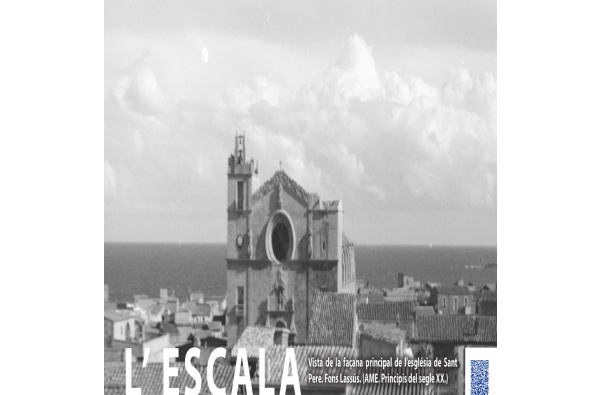 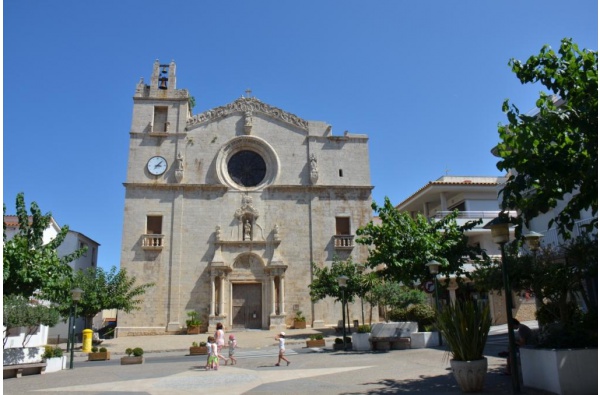 Located right in the l'Escala's old town centre, Sant Pere parish church, whose façade bears Renaissance and Baroque elements, is one of the town's most emblematic buildings. L'Escala became a settlement towards the end of the 16th
century, and in 1680 the town gained the right to erect a church. In 1700, alightning bolt struck the church, causing a fire which partially destroyed thebuilding. The renovated church, of a late Gothic style, was not completed until
1761. Architecturally, the temple presents a single rectangular nave with five lateral chapels flanked by buttresses and a polygonal apse with pointed arch windows. During the Civll War, a fire badly damaged the structure, destroying
the main altar. At the end of the war, in 1939, the church restoration was a priority for local authorities.