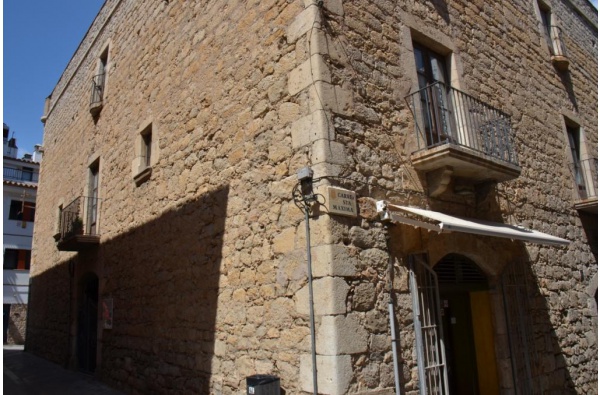 The ancestral home of the Maranges family is a large rectangular house built in the 18th century and renovated in 1831. It has three floors and a hipped roof, with a stone façades opening onto three streets. A number of the ashlar stones' are likely to have come from Empúries site. Josep Maranges and Marimón (1735-1808), a renowned politician and royal army captain, lived here, as did Francesc Maranges i Juli (1803-1878), a prominent liberal politician and commander of the militia against the Carlists. Another dweller was Josep M. Maranges de Diago (1837-1872), a lawyer, politician and archaeologist. It is a locally listed cultural asset.