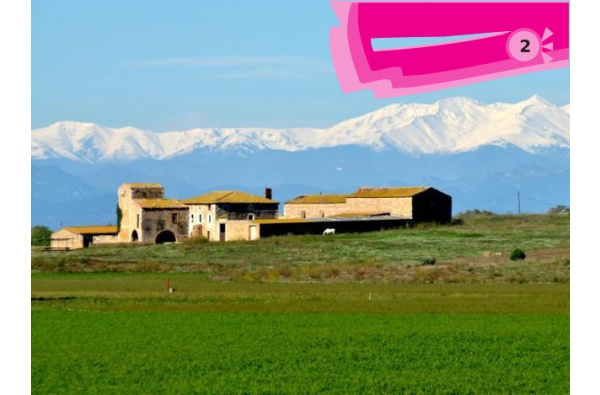 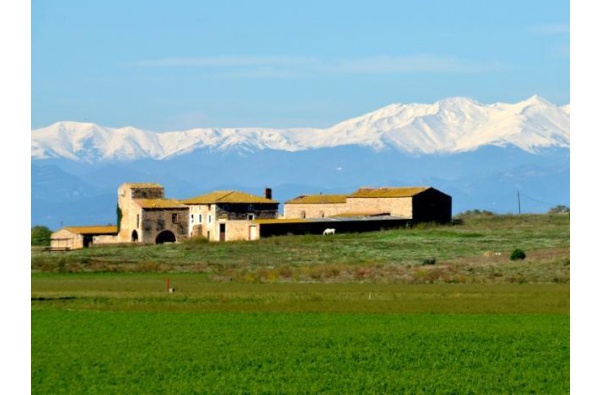 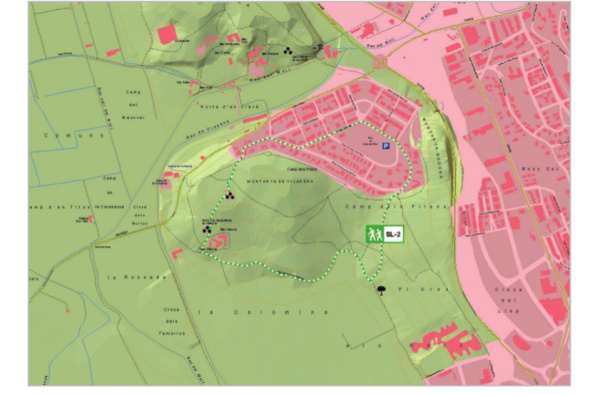 We start the route at the square called Camp dels Pilans.  Off it is Carrer del Ter Vell. Take it until it joins Muntanya Rodona street and climb that street until you find a scattering of rocks on the ground and behind them a dirt path. Look for the position sign "Camí Ral d’Empúries o de França, Via Heraklea” and make your way through the pine trees, following the cattle tracks. When you arrive at the ruins of an old hut, turn right, into the pine grove until you come to the crop fields

. There you will find the Pi Gros, a large pine tree. Next, take the right hand path which leads down to Mas Vilanera.

Go past the old farmhouse, turn right and climb a little further to find the remains of an ancient Benedictine monastery (Santa Maria de Vilanera). From this point you will can see the Camps dels Pilans district again, walk down to join the narrow path which will lead you on to Carrer de Vilanera. Walk down to find the square from which you departed.

Other points
Mas Vilanera is a fortified farmhouse dating from the 18th century with a square tower built on the site of a Roman villa. Next to it there stands a 16th century farmhouse and the ruins of a Benedictine abbey. (Santa Maria de Vilanera, 1,328).

There is a breathtaking 360º panoramic view from Santa Maria de Vilanera Abbey ruins, in sight will be the Canigó peak to the North, and the Montgrí range to the South.
You will also pass beside a giant pine tree (locally known as the Pi Gros) which is over 300 years old.