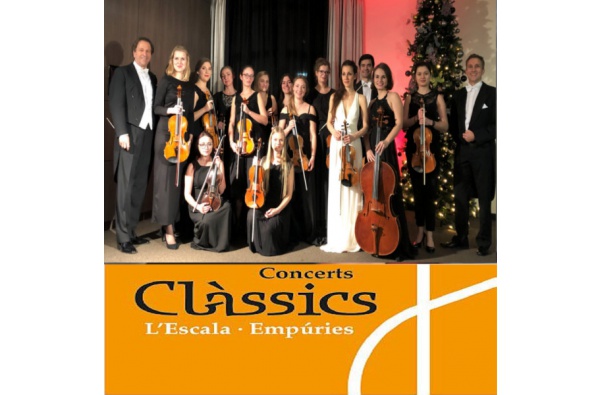 Advance ticket € 21 management costs are borne by the organization.

Ticket office  (1 hour before each concert)

Fritz Kreisler, born in Vienna, was one of the best violinist of his time. His compositions caused  a scandal, Kreisler pretended that his music was the lost work of old masters, when in reality he was the author himself, in the style of Baroque Music. His authorship was unmasked when he was 60 years old.

The music of Johann Strauss has a young and always festive spirit. His valses and polkas are an example of a genious similar to that of young Mozart. In the time of Strauss his waltzes were a true revolution, the most popular of Vienna. The Emperor's Waltz and The Beautiful Blue Danube are some of the most popular pieces of classical music in the world.

The Mozart Chamber Orchestra was born from the friendship between international musicians from Poland, Spain and Germany and specially through the initiative of the internationally active German director Horst Sohm, who was born in Baden Wüttenberg in the Danube Valley, near Donaueschingen where the Young Mozart had his first big hits in Germany. Horst Sohm has worked for many years in concerts and tours with European orchestras in Europe and in the world. Some musicians from the Mozart Chamber Orchestra also play in international symphony orchestras, such as the Opera and the Philarmonic of Bydgoszcz (Bromberg), The Wagner Festival Orchestra, the Handel Festival and some in orchestras in Catalonia. Orchestra live videos can be seen on Youtube's successful MusicArtstrings channel, which is heard by millions of people around the world. The solo violinist is Johanna Röhrig. She won multiple awards in international competitions and lives in London. Currently Johanna plays the extraordinary violin Jacob Stainer of 1675.