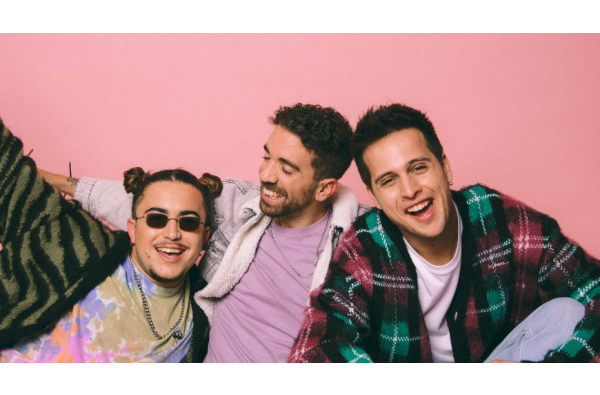 Stay Homas have won the hearts of millions of people all over the world, earning their cognition of artists such as Rubén Blades, Pablo Alborán, Alejandro Sanz and Michael Bublé, and establishing themselves as one of the most consolidated emerging groups on the international music scene.

In 2021, they moved from the stage to the stage, with an international tourth at has taken them to play in the main cities of the Catalan and Spanish regions, as well as in European and Latin American countries. With an exquisite production and in quintet format, the Stay Homas' direction leaves a mark in the memory and the hearts of the people who enjoy it. In 2022 the group takes a step forward and creates its own record label, Cukileo Records, by Halley Records, to publish new compositions that will leave no one in different.

The group will perform for the first time at the Fòrum Romà d'Empúries, as part of the programme of the Portalblau Festival, where they will present live the songs from their first album, Agua and their latest tracks.